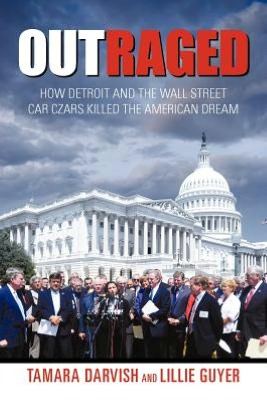 In Outraged, an auto insider provides an inspiring account of what it means to lose your rights, property, and, in essence, the American dream. It begins with roughly two thousand men and women whose companies were destroyed by two automakers, General Motors and Chrysler, during their government-led corporate restructurings in 2009. Authors Tamara Darvish, vice president of DARCARS Automotive in Maryland, and Lillie Guyer, a Detroit area automotive journalist, show the collapse of the American dream from the perspective of an entrepreneur who was affected by the automotive industry bailout. In this featurized business story, Outraged details the founding of the activist group ...